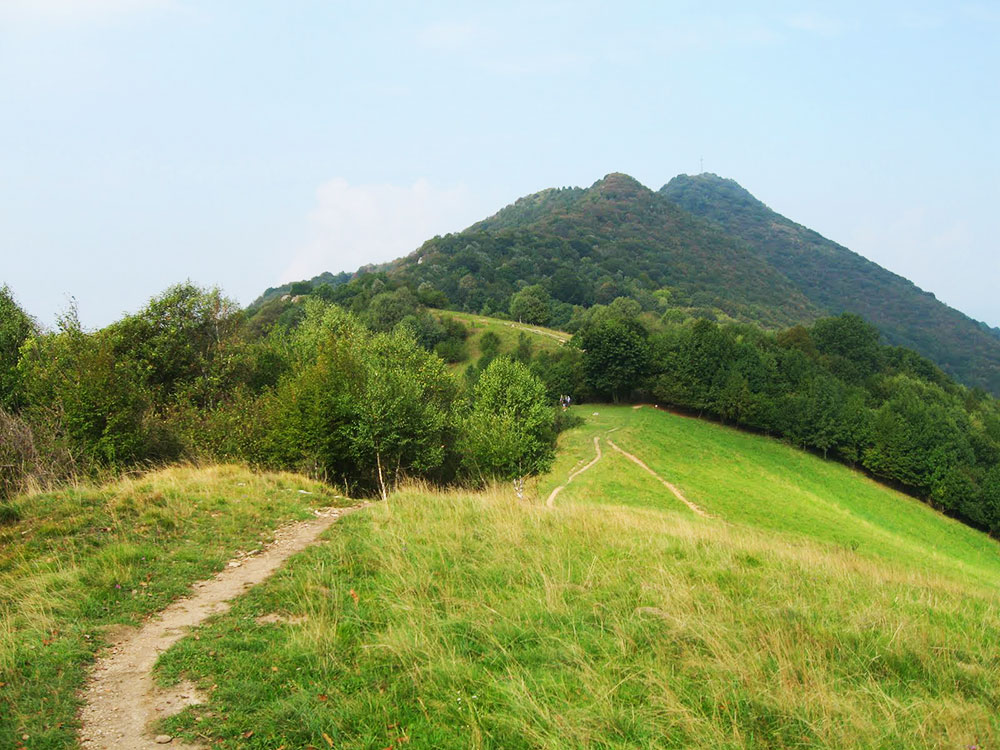 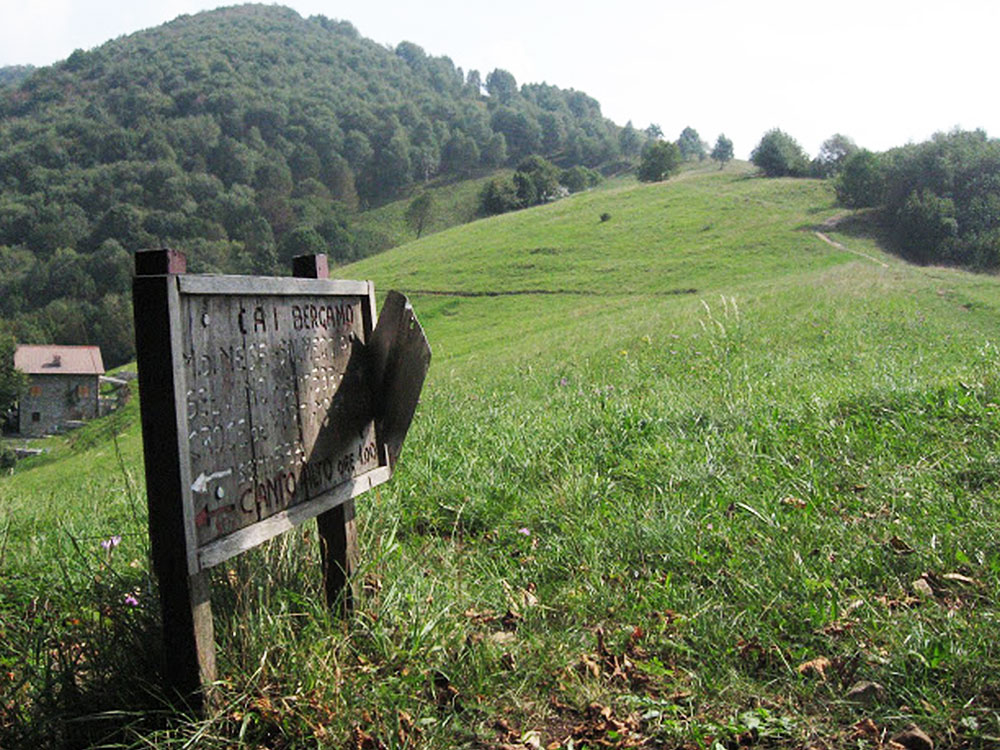 Close to Bergamo, this amazing itinerary is immersed in nature, well indicated with signs which have the design of a “wolf”.


Close to Bergamo, there is this amazing itinerary immersed in nature, well indicated with signs which have the design of a “wolf”. The start is from via Fornaci at Busa di Nese (336m altitude), at the crossroads with via Fratelli Coria (the first part of the path CAI 531) near a small car park and a shrine. We go up along the path CAI 531, for about 10 minutes from the house “Burro” and you reach, with the path CAI 532, the characteristic hamlet of Olera (530m). We follow this path, which crosses longitudinally  all the historical hamlet and passes behind the main church (the church is worth a visit above all to see the important altarpiece by Giovanni Battista Cima da Conegliano, dated 1498). Then we follow the same road taken at the start, in the direction of the church of S. Rocco, situated not far from the town centre. After the last house, on the left, going up three steps, the path CAI 540 starts. Meanwhile going straight on the path CAI 532, in ten minutes going and coming, we can reach the Church of S. Rocco which is worth the small detour. Back at the three steps of the mule track for Canto Basso (CAI 540A) and for Monte di Nese (CAI 540), the first part is quite steep but then becomes easier. After about 200 metres there is a junction (a crucial hub), where on the right curves the path CAI 540, while on the left the path continues straight as the path CAI 540A. Take the 540A, the route from here continues with a slight uphill slope as far as a barn. We go to the right of the barn, and take the path which goes through a wood, as far as another barn. We go up again until where the wood becomes sparser and where it finishes on the hump of Canto Basso (900m altitude, with an extensive view over Poscante, Val Brembana and theOrobie Mountains); here we cross the path CAI 533 which leads to Monte di Nese. Having reached Monte di Nese (800m altitude, from which we can enjoy a splendid view of the Val Seriana) we return to the starting point with the path CAI 531 but going down. The itinerary is extremely interesting and rewarding, both for the characteristics of the countryside, typical of the mountains and the calcareous highlands, and the geological importance; around Monte Cavallo, which in the Cretaceous and Jurassic Period was deeply underwater.