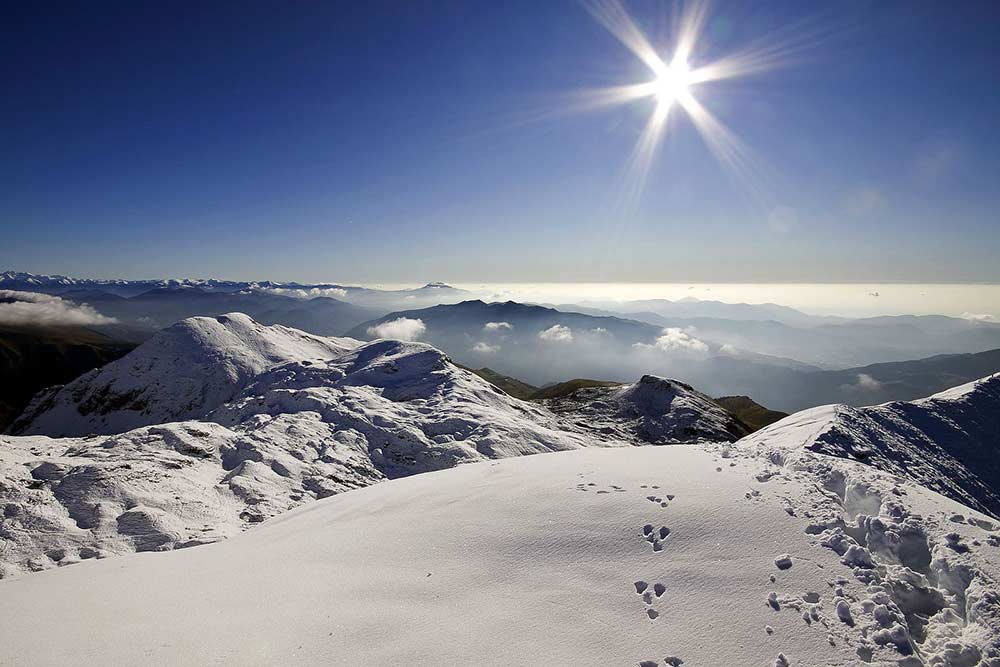 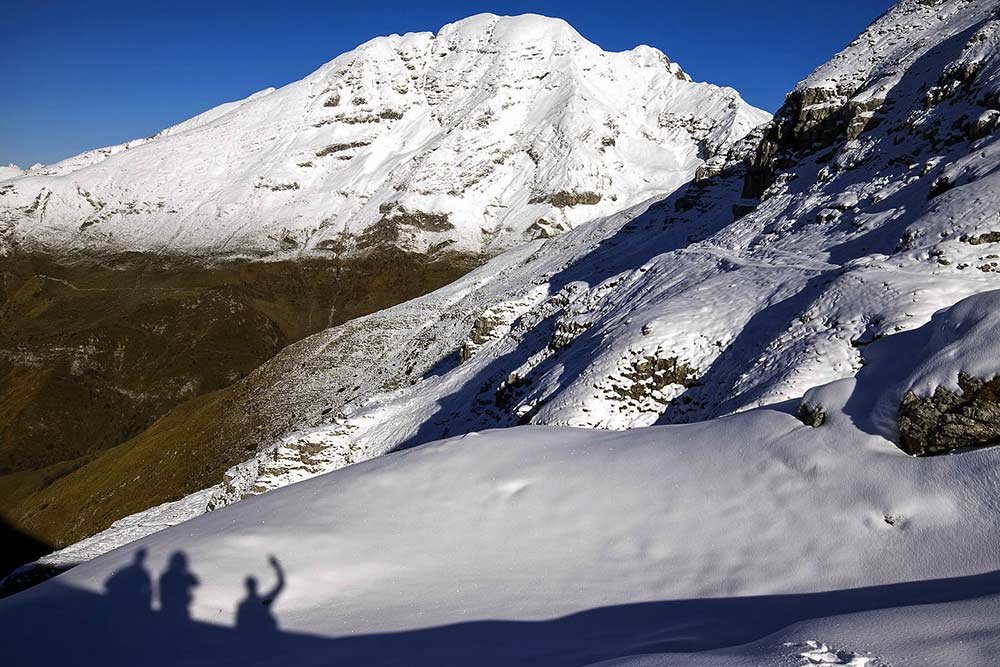 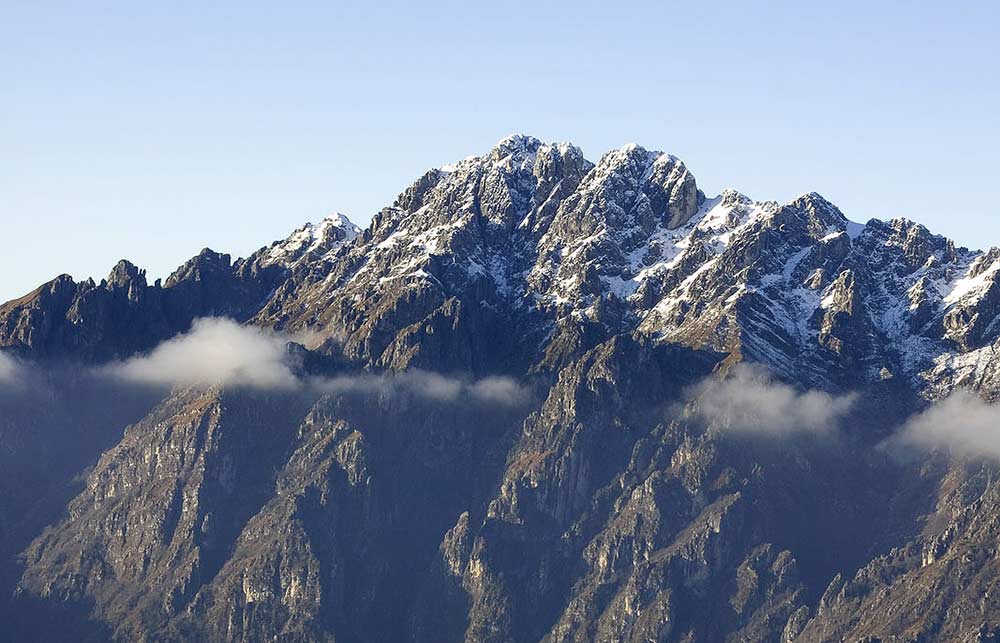 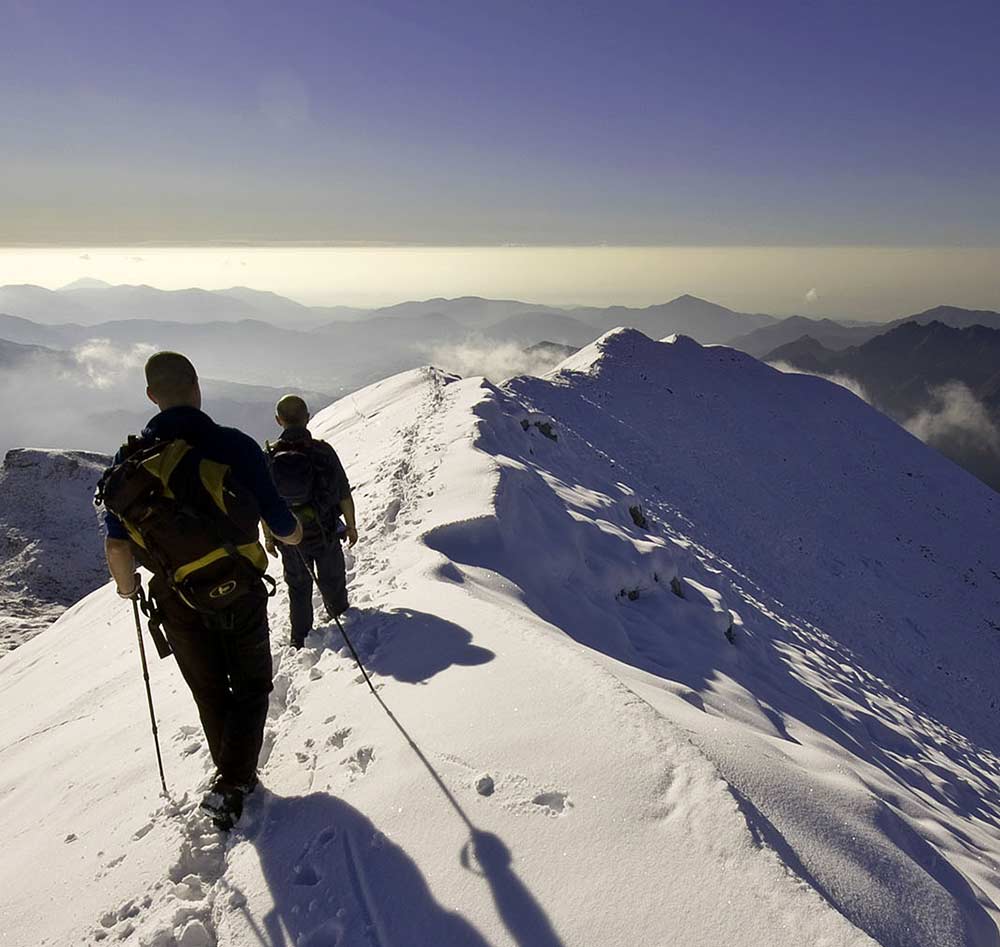 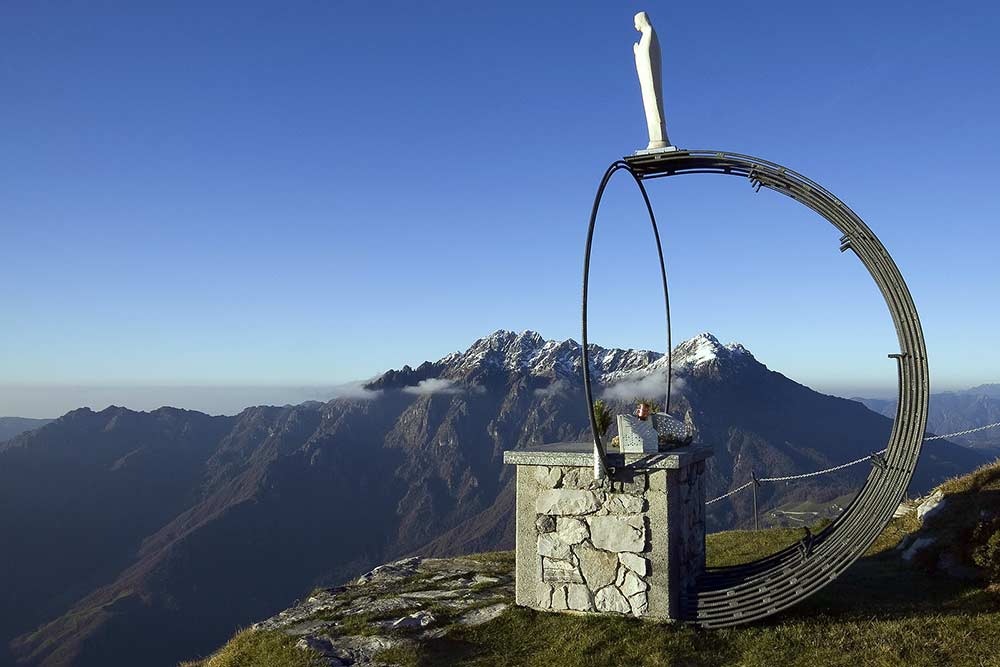 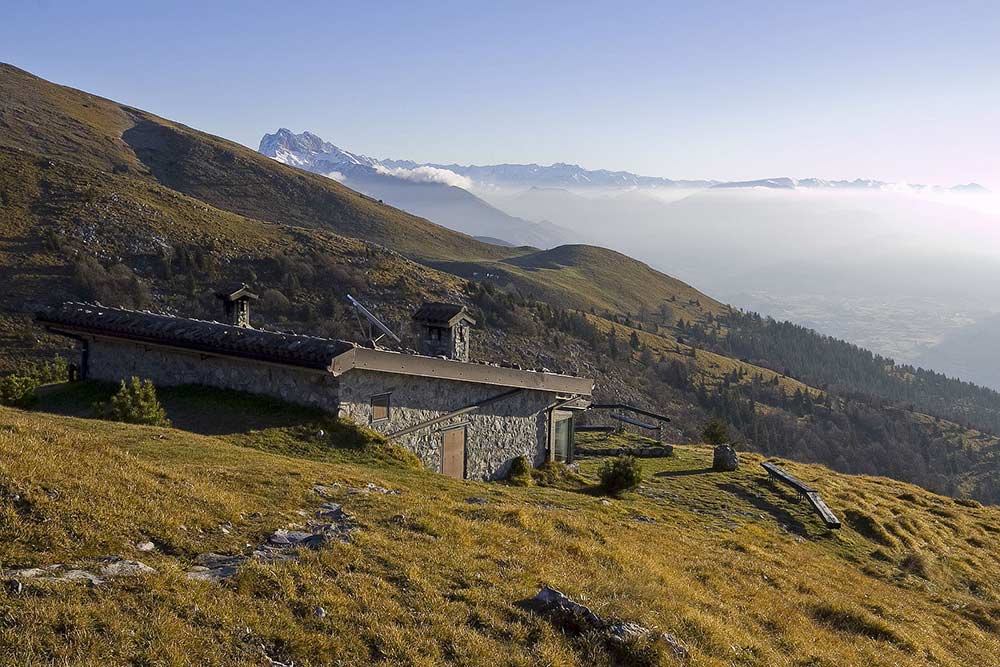 
From Bergamo drive along the main road of the ValSeriana as far as Ponte Nossa, where turning left follow the signs for Onetaand Passo di Zambla. Having reached the Passo di Zambla leave your car in the small car park at the side of the road. Now follow the road in a northerly direction (see on the map), at the first junction keep on the right to quickly reach a shrine dedicated to Madonna di Caravaggio (1,251m, 0.05min). Proceed on the right, you can see a sign on a high tension pylon (223/238), first on a slight slope then downhill until the road divides, this is Loc. Cascine Sinelli (1,238m) visible on your left a little higher up. Continue following the signs, straight downhill ( on the left the road goes up to reach other farmhouses a bit higher up, and then finishes) for about 20m as far as the end of the  dirt road from which start two paths. Now take the path on the left ( the one on the right would take you to the refuge Alpe Grem, as indicated by the signs) immediately you reach another junction where you proceed straight on and also at the next junction where your path n.223 separates from the path n.238 which goes up on the left to the Baita Camplano. Continue on the right as indicated by the signpost and guided by the signs, with gentle curves, through a beautiful beech wood, you come out in the pastures of theBaita di Mezzo di Grem (1,457m) where shortly you arrive. Going up easily proceed along the road which serves the farmhouse, until you quickly reach the junction with the path 239 which goes up to Loc. Plazza d’Oneta. Now follow the path which goes up on the left through the pastures ( see the signposts) Beyond a pool for watering the cattle, you reach, with a bit of an effort, the Baita Alta di Grem (1,631m). from the Baita you follow the signs on the right, which in about half an hour lead you to the small but pretty Bivacco Mistri (1,780m an emergency shelter, always open. Not to be missed is the festival of the bivacco every last Sunday of July). Going North (see the map displayed) follow the path n. 223 now together with the path n. 263, to reach, in about 0.30min, the Bocchetta di Grem(1,976m) situated between the Grem and the summit of Foppazzi. Now go up on the left towards the nearby, and visible, cross of Grem (2,049m), which you can reach in about 15min (3 hours from the start), this cross, transported in pieces on men’s shoulders, was placed on the summit a long time ago in 1962 in memory of Don Severino Tiraboschi of Gromo. Having returned to the Bocchetta it is possible to climb up on the right the easy, grassy slopes of the summit of Fopazzi (2,097m), reaching the summit, with the same name as the stone, in about 0.20min. In both cases the panorama that you enjoy is stupendous.